Euskotren, through its Basque Railway Museum in Azpeitia, together with a score of European railway museums, has joined an initiative promoted by the Spanish Railways Foundation to highlight the beneficial role that heritage-related venues will play in caring for people when they can open to the public within the context of this coexistence with Covid-19. The World Health Organisation (WHO) has confirmed that participating in artistic and cultural activities promotes physical and mental health. In this regard, the first step taken by European railway museums is to draft and disseminate a manifesto today, 18 May.

This manifesto has also been supported by institutions, the heritage departments of railway companies, as well as international associations dedicated to museums, railway history, and transport in general.

The document highlights the peculiar nature of railway museums and the vital link they establish between the railways and society. Large facilities, resulting from adapting former railway stations, workshops or steam engine depots are conducive to inspiring healthy visits that favour the well-being of our guests.

Among the goals set out in the Manifesto, signed by the main European railway museums, is the desire to establish alliances that promote knowledge regarding the value of heritage concerning the past, present and future technological, economic and social development of this mode of transport and to help European citizens to continue to rely on the railways and on the role they play regarding mobility throughout the continent.

A total of twenty-eight European organisations have joined this initiative, including, in addition to the Euskotren Museum of Azpeitia, the railway museums of Madrid, Catalonia, and Asturias, the UK National Railway Museum in York, the Portuguese museum based in Entoncamento, the Greek museum in Athens, the German DB museum and museums in Hungary, Norway, Latvia, Sweden, Belgium, Holland, the Swiss Transport Museum in Lucerne, and the London Transport Museum, among others. A project that plans to continue moving forward in the future by maintaining a spirit of collaboration that raises the awareness of society regarding the importance of museums in this new European scenario of coexistence with the virus.

In the meantime, until the museums can open their doors, the Euskotren Railway Museum is offering the possibility of virtual visits to its exhibition at www.euskotren.eus.

EUROPEAN RAILWAY MUSEUMS ARE JOINING FORCES IN THIS NEW ERA
The effects of Covid-19 are forcing the world of culture to find new ways of catering to society in this new era. Museums are essential elements in achieving these goals. There is scientific evidence that visits to museums have preventive and therapeutic effects. The World Health Organisation (WHO) has confirmed that participating in artistic and cultural activities promotes physical and mental health.

There will certainly be a need for safe and healthy spaces in the coming months to facilitate the return to public life and railway museums intend to contribute, especially in Europe, the cradle of this mode of transport. The extension of their facilities (former railway facilities such as stations, workshops and steam engine depots), sometimes in open spaces, means that visitors can enjoy tours free from crowds and respecting the recommended distances between people.

Therefore, at this crucial milestone, the administrators of European railway museums, fully aware of the social function of their institutions and that they share the same challenges and goals during this temporary coexistence with Covid-19, and with a desire to contribute, thanks to the peculiar nature of their facilities, to the recovery of their communities, express their interest in the following:

-    To promote alliances and establish joint museum strategies to reflect on the present and future situation of museums as public areas at the service of the citizenry and as custodians of a common heritage dedicated to raising awareness of the important role of this mode of transport.
-    To contribute to the recovery of cultural activities on the continent and help citizens to continue relying on railways as the healthiest, safest and most environmentally friendly mode of public transport, and the one that has best adapted to deal with recent contingencies.
-    To use museums to help alleviate the physical and psychological effects that the pandemic has caused on society, offering the vastness of their unique facilities, dedicated to railway travel, to promote the therapeutic effects that the WHO has pointed out by generating the necessary atmosphere of peace and calmness.
-    To enhance the use of digital tools more than ever before to strengthen the social and educational role played by railway museums and their contribution to conserving and disseminating their heritage.
-    To encourage creativity to attract visitors and thus regain citizens’ trust and a feeling of safety in our museums; following the recommendations that the health authorities establish at all times.
-    To schedule collaborative activities with local, regional and state governing bodies and with railway companies to acknowledge the work carried out during this crisis by health and emergency personnel, security forces and agencies, and by all essential workers who continued to work at the most critical moments of the pandemic, including railway workers.
18 May 2020
International Museum Day 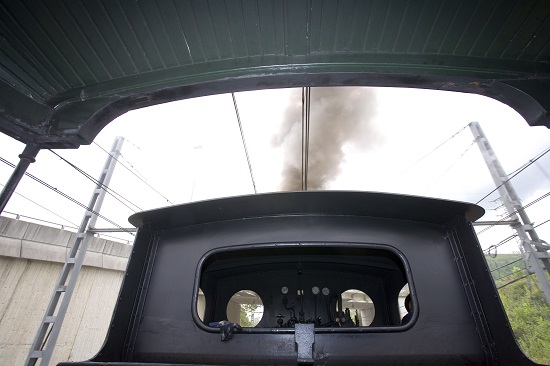